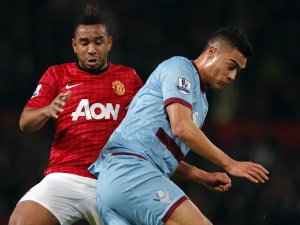 Winston Reid has become a transfer target of English giants Arsenal, according to football rumour mills in the UK.

The 24-year-old, who recently signed a two-year extension with his current club West Ham United, has just completed an impressive season in the English Premier League for which he was named the London club’s player of the year.

The rumours have come to light after Norwegian football journalist, and former chief executive of French club AS Monaco, Tor-Kristian Karlsen took to his Twitter account to say Reid had been linked with two English clubs.

“I have on good authority that two Premier League clubs (one apparently being Arsenal) are interested in West Ham’s centre-back Winston Reid,” Karlsen tweeted.

While there has been no official comment from either West Ham or Arsenal regarding the rumour, Karlsen does seem to carry some clout in the European football industry.

A regular contributor to respected publications such as The Guardian, The Times, The Independent and stations such has BBC radio, he also worked as a scout for football clubs Grasshopper Zurich, Watford, Bayer Leverkusen, Hannover and Zenit St Petersburg

Were Reid to be signed by Arsenal it would be arguably be the biggest transfer in New Zealand football history, eclipsing Wynton Rufer’s move to German side Werder Bremen in 1989.

Reid, who was born in Auckland before moving to Denmark when aged 10, started his footballing career in his adopted country before making the move to West Ham in August 2010.