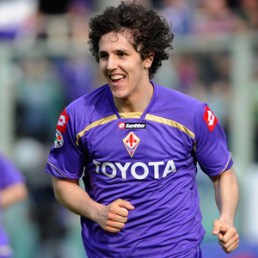 Fiorentina football advisor Roberto Galbiati has revealed both Chelsea AND Arsenal are keen on Stevan Jovetic.

Indeed, Galbati revealed that Fiorentina rejected a deadline day offer from Arsenal for the striker.

“It’s not only Chelsea who want Jovetic, but Arsenal also,” he told Italia 7.

“Arsenal, on the last day of the summer transfer market, submitted a bid to Fiorentina but the club refused.” Arsenal Not Interested In Selling Nacho Monreal To Athletic Bilbao