Interesting transfer news are out claiming that the battle for Atletico Madrid star Diego Costa is heating up. 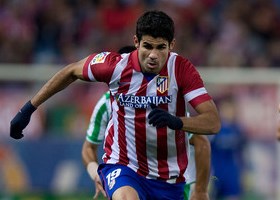 The Daily Express reported that Bundesliga club Borussia Dortmund are challenging Arsenal and Chelsea for the Spain hopeful.

Chelsea are desperate for a potent striker as Samuel Eto’o, Fernando Torres and Demba Ba continue to misfire and Arsene Wenger has made it clear he was not in the market for a midfielder, freeing up funds to try and get the Brazilian to the Emirates.

But with Dortmund’s Robert Lewandowski due to announce any day that he is leaving Borussia for bitter rivals Bayern Munich at the end of the season they also need to act fast. Real Madrid Not Interested In Selling Raphael Varane To Chelsea