Reports are out claiming that the race for Hellas Verona midfielder Jorginho is heating up. 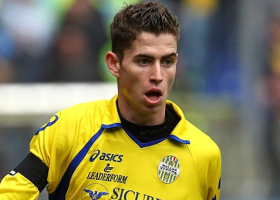 The Daily Star revealed that the 21-year-old is attracting huge interest across Europe and was watched by representatives of both Arsenal and Chelsea in his side’s 3-2 victory over Parma.

Liverpool manager Brendan Rodgers failed with a summer move to bring Jorginho to Anfield, but is likely to renew his interest in the new year along with Arsenal and Chelsea.

Verona manager Andrea Mandorlini is unwilling to let his star player leave the Stadio Marc’Antonio Bentegodi and will drive a hard bargain by demanding at least £10m.