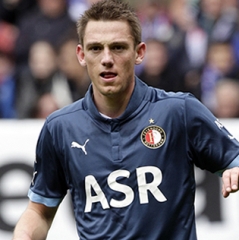 Reports are out claiming that the race for Feyenoord defender Stefan De Vrij is heating up.

The Daily Mail reported that Liverpool are on the trail of De Vrij.

The 20-year-old Holland centre back has also been watched by Chelsea and Arsenal and is in dispute with his club over a contract extension.

His current contract runs out in 2014 but he is reluctant to commit beyond that with increasing interest from England and Germany. Brendan Rodgers Convinced Liverpool Are Back After Arsenal Draw