Sensational transfer news are out claiming that Arsenal, Chelsea and Manchester United are all poised to move for Real Madrid striker Karim Benzema in January. 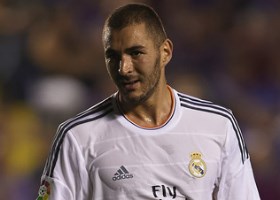 According to reports from the Sunday People, United, Chelsea and Arsenal have all been alerted to the French international’s availability in January after Spanish giants Real Madrid told the player’s representatives to find him another club.

It is said that Madrid will look to recoup around £17 million of the £25m they gave Lyon for Benzema four years ago with all three Premier League clubs in need of an additional frontline forward.