It has been revealed that Premier League interest is arriving for Juventus attacker Sebastian Giovinco. 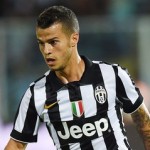 The Italian international’s current deal expires in June and he is free to discuss a pre-contract with foreign clubs from January 1.

Tuttosport revealed that Juve coach Massimiliano Allegri rates youngster Kingsley Coman ahead of Giovinco and cannot guarantee a place for the Italian in his first team plans.

Juve are aware of interest from England, but want to secure Giovinco to a new deal to strengthen their hand in negotiations.

The likes of Arsenal, Tottenham and Chelsea have been linked with Giovinco in the past.