It has been revealed that London appears the next destination for Barcelona teenage striker Toni Sanabria. 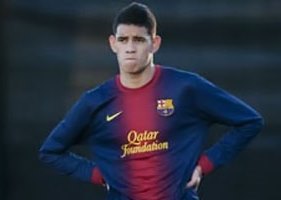 It is said that the Spanish giants have accepted the 17 year-old Paraguayan international will leave in January after he refused to consider a new contract offer made last month.

TMW claims that despite talk of AS Roma being close to an agreement, Sanabria is destined for London, where his representatives are speaking with Chelsea and Arsenal.

It’s suggested there is now a “90 per cent chance” of Sanabria continuing his career in England.