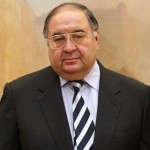 It has been reported that Arsenal’s second largest shareholder Alisher Usmanov has been among the hardest hit by this week’s collapse of the rouble, with the Uzbek-born businessman losing a reports $809m (£516m) in the last 48 hours.

According to Bloomberg’s Billionaires index, Usmanov – who owns 30% of Arsenal’s shares – suffered the most losses of $809m to leave his personal fortune at an estimated $13.4bn (£8.5bn).

The Chelsea owner Abramovich came in third on the list and is now worth an estimated $12.8bn (£8.2bn). Wojciech Szczesny Determined To Fight For His Place At Arsenal