It has been reported that Arsenal chiefs are confident Arsene Wenger will sign his new contract. 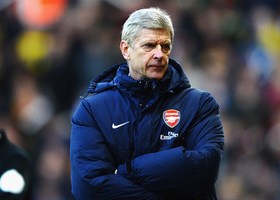 The Mirror reported that majority shareholder Stan Kroenke and the rest of the Arsenal hierarchy were at the FA Cup win over Everton.

There is no doubt in the board’s mind that Wenger is staying. Nothing has changed. He has told them he will sign the contract on the table, but a trophy would make it so much easier to sell to the fans.