Reports are out claiming that Hellas Verona star Jorginho is being linked with a sensational move to Arsenal. 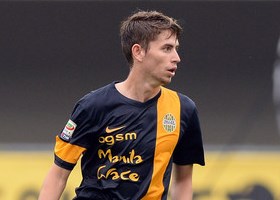 Reports in Italy surfaced claiming that the 21 year old and his representatives have been in London to speak with Arsenal.

The midfield schemer is an Italy U21 international, though Brazilian born and raised, and been likened to Andrea Pirlo.