Reports are out claiming that Arsenal are in talks with Real Madrid for Karim Benzema. 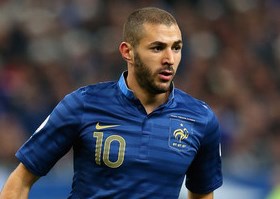 The Sunday Mirror claims that the Gunners are closing in on a £22million January deal for Benzema.

The Gunners have turned their attention to the French international as they fear that the Spanish giants are likely to pip them to the £50m signing of Luis Suarez.

Arsenal boss Arsene Wenger had targeted another striker in the New Year window and Benzema is likely to be his best option.

And the 25-year-old also comes with a ringing endorsement from Gunners’ former Madrid teammate Mesut Ozil. Jack Wilshere Must Make Do With £80,000-A-Week At Arsenal