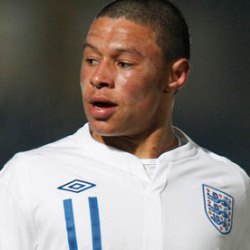 Southampton winger Alex Oxlade-Chamberlain is being linked with a move to Arsenal next week.

The Sun has reported that Gunners boss Arsene Wenger is confident of new faces with Southampton’s Oxlade-Chamberlain likely to be arriving next week.

He said: “I hope we will have some good news on signing players.

“Maybe something next week.”

The talented youngster has been linked with a move to Arsenal during the past few months.