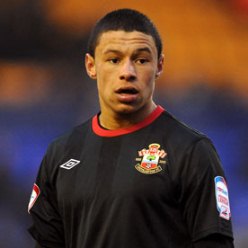 Interesting transfer news are out and it has been revealed that Arsene Wenger has swooped for Southampton superkid Alex Oxlade-Chamberlain.

The Mirror has reported that the Arsenal boss has struck back in the battle for Britain’s best youngsters by landing £12million Oxlade-Chamberlain.

The highly-rated Southampton winger, who doesn’t turn 18 until August, has jetted off on holiday in the knowledge that he will be confirmed as an Arsenal player on July 1.

The deal for the Southampton academy graduate – seen as the new Theo Walcott, also a former Saint – is understood to be based on achievements and appearances.

His signing is a coup for Wenger after he lost out to Sir Alex Ferguson in the race to get Blackburn’s Phil Jones this week.