Reports are out claiming that Arsenal have struck terms with free agent Mathieu Flamini. 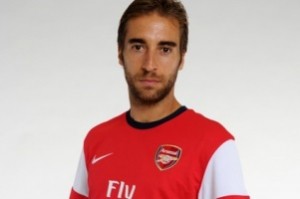 The Daily Mail reported that Arsene Wenger has made his second signing of the summer after landing Flamini on a free transfer.

The former French international midfielder, who left the Gunners in 2008 to join AC Milan, is believed to have agreed a three-year deal worth £40,000-a-week.

The 29 year old will now join Yaya Sanogo as the second arrival at the Emirates this summer after the French striker made his switch from Auxerre on a free transfer in July.