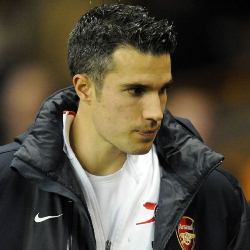 Reports have emerged that Robin van Persie is seriously thinking of staying at Arsenal.

The Sunday Mirror reported that the Dutch international striker, who is 29 on Monday, will be part of the Arsenal party that heads to Germany on his birthday.

Club insiders believe van ­Persie, who has a year remaining on his contract, now wants to stay.

The next challenge will be for the club to table a contract that gets him to commit to the club for the long term.

The summer ­signings of Lukas Podolski and Olivier Giroud, as well as the ­imminent arrival of Spain ­international Santiago Cazorla, in a £9million deal from Malaga, have impressed the captain.