Reports are out claiming that Tony Cascarino believes Arsenal will go after Chelsea this weekend. 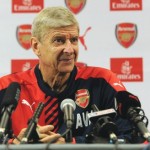 The Blues have started their Premier League title defence poorly with just one win from five matches and former striker Cascarino is not expecting Jose Mourinho’s men to get the better of their London rivals at Stmaford Bridge this coming weekend.

“I’m not convinced by what I have seen from Chelsea defensively,” Cascarino told talkSPORT.

“If you are leaking an average of two goals a game, you are in trouble as a team.”At the moment, Chelsea are having to score three and maybe even four goals to win a football match. It doesn’t feel like Chelsea have got enough to get over Arsenal.

“Arsenal could easily go for the jugular. They have got loads of pace. They have got a poor record [against Chelsea] but it just doesn’t feel like a Jose team that we have seen for many years at the moment.”