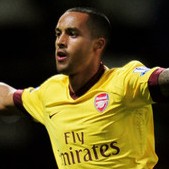 It has been reported that Arsenal are ready to reopen contract talks with Theo Walcott.

The England international star turned down an £80,000-a-week offer and the Gunners will see whether a compromise can be struck.

The 23 year old is ­unmoved by Arsenal’s belief they will sign Wilfried Zaha from Crystal ­Palace in January for £12million.

Despite Wenger’s warning and the fact his deal runs out at the end of the season, Walcott is not working to a deadline.

Liverpool will make a bid to sign him in ­January if his dispute has not been resolved.

Manchester City, ­Chelsea and Paris Saint-Germain are also keen and Walcott may keep his options open until the summer, when he will be a free agent. Arsene Wenger : Arsenal Always ‘In The Middle Of A Drama’