Reports are out claiming that Monaco defender Aymen Abdennour is keen on a move abroad to England, Spain or Italy. 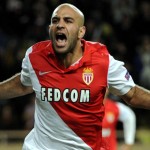 The 26-year-old has been previously linked with a move to Arsenal and Liverpool, but Serie A is believed to be his preferred destination.

His agent also confirms that the Tunisian defender’s relations with Monaco manager Leonardo Jardim are as healthy as ever despite reports to the contrary.

“There are no problems with Jardim or the club,” his agent said.

“But the truth is that Abdennour wants to leave. He wants a new adventure, and there are opportunities in Spain, Italy and England.

“The priority would be Serie A, he would like that a lot.

“There’s been some contact, with Milan for example [who couldn’t sign him until 2016, due to restrictions on non-EU players], and Roma and Inter showed some interest too.

“Juventus? No, I can’t confirm that. What’s clear is that the lad’s intention is to leave.”