Reports are out claiming that Barcelona midfielder Alex Song is eyeing a return to the Premier League. 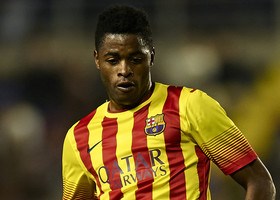 The Cameroon international midfielder, who is linked with a return to his former club Arsenal, is about to enter the final year of his Barca deal and is missing England.

The People reported that Everton boss Roberto Martinez is interested as he makes contingency plans for Gareth Barry leaving Goodison Park once his year-long loan spell from Manchester City is up.

But Song is keen to move back to London and his representatives will see whether Tottenham or West Ham United are interested.