Reports are out claiming that Arsenal are being linked with AS Monaco fullback Layvin Kurzawa. 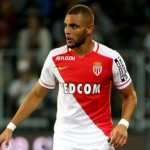 The French champions have made a bid thought to be worth around £16million after having a first approach rejected.

Arsenal are believed to also be in the chase for his services.