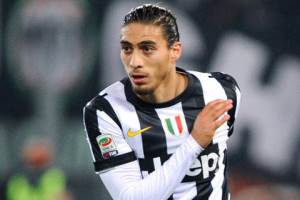 Reports are out claiming that Arsenal are eyeing Juventus defender Martin Caceres.

The Daily Star revealed that sources in Italy claim Arsenal and Napoli have identified the 26-year-old as a talent, with the north London side having had several enquiries turned down by Bianconeri coach Antonio Conte.

Napoli coach Benitez meanwhile, is known to be a long time admirer of the Uruguay international who previously played for Barcelona and Sevilla. Chelsea Ahead Of Arsenal For Rochdale Wonderkid Jonny Diba