Reports are out claiming that Arsenal are being linked with Manchester United fullback Rafael da Silva. 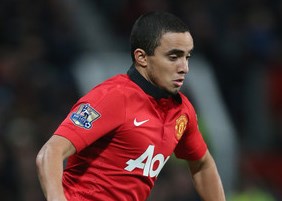 The Daily Express revealed that United are thought to be planning a major shake-up according to some reports which indicate that manager David Moyes could release up to 10 players in January.

And it seems according to reports on the continent, Napoli and Inter Milan are targeting the Brazilian.

Arsenal are also eyeing Rafael as a replacement for wantaway fullback Bacary Sagna.