Reports are out claiming that Arsenal are being linked with a shock deadline day deal for Manchester United midfielder Shinji Kagawa. 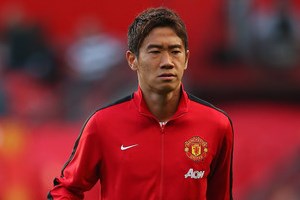 The Daily Mail claims that certain United players may become available should David Moyes strengthen considerably in the coming hours.

The Japanese international star was not fully match fit for yesterday’s 1-0 defeat at Liverpool but it was still a surprise that he didn’t make United’s matchday squad. He is believed to be happy to remain at club.

Arsenal and Atletico Madrid are considering loan bids for Kagawa, who is understood to already be on his way to Osaka for Japan’s upcoming international games.