It has been reported that Arsenal face competition from Barcelona for FC Basle defender Fabian Schar. 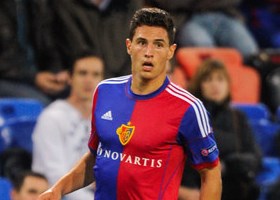 El Mundo Deportivo reported that the Spanish giants are extremely keen on signing the 22-year-old and are considering a summer swoop.

Schar has been linked with a switch to the Emirates in the past, following a series of impressive performances in the Champions League – most notably against Chelsea earlier this season.

In November, his agent even claimed the Gunners – amongst other clubs – had made contact over Schar’s availability.