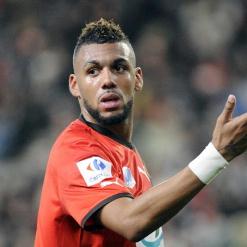 The Gunners face competition from Bayern Munich and Inter Milan for the France international.

Chelsea hero has backed Arsenal’s pursuit of M’Vila, telling the Daily Mail: “I would just say that if I was the chairman of a Premier League club I would just close my eyes and put the figure on the cheque to get him.

“Arsenal is probably a stable club where he can have a bit of time or [Manchester] United where he has time to assimilate the changing of clubs and start slowly to perform.

“He needs to come to the Barclays Premier League. We want him in this competition because it is the best, first of all, and he can really develop his skills. It is for players who like to play with tempo.

“You can see by the way he gets the ball, control and passes straight away. Long ball, short ball. He has that sort of rhythm that the Barclays Premier League is demanding.”