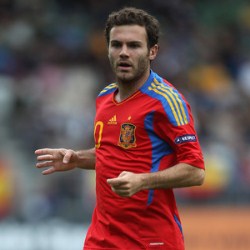 RTPA have reported that the Premier League champions are one of the clubs keen on the Spanish international midfielder.

However, the Spanish club insist the Spain Under-21 star is staying put in the wake of a reported bid from Arsenal and interest from Chelsea.

The 23 year old is reportedly considering his options while on his summer break.