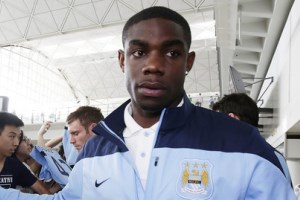 It has been reported that Arsenal boss Arsene Wenger faces frustration in his bid for Manchester City defender Micah Richards.

The Mirror revealed that the Frenchman is watching developments with the England international closely.

The Gunners rate the 25 year old defender highly, but he is seen as part of new manager Manuel Pellegrini’s plans.