Reports are out claiming that Arsenal face competition for free agent Ciprian Marica. 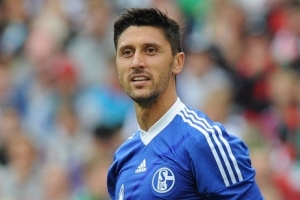 According to reports from the Daily Express, Marica could be heading to the Premier League, with his agent claiming a move to Arsenal is in the ‘pipeline’.

The 27-year-old is a currently free agent after leaving Schalke and has also been on West Ham United’s radar.

However, Spanish sources suggest Getafe are also in talks for the Romania international this week.