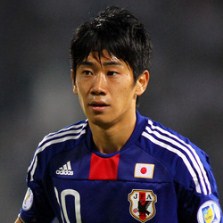 Interesting news are out and it has been revealed that Liverpool have joined the interest for Borussia Dortmund attacker Shinji Kagawa.

It was earlier reported that Manchester United and Arsenal have been tracking the Japanese international since the end of last season.

Liverpool boss Kenny Dalglish is keen to add some fresh faces to his squad in January and reports in Germany suggest he has sent scouts to watch the Japanese international in action.

The 22 year old attacking midfielder has a contract with Borussia Dortmund until June 2013 and Liverpool will have to spend at least £18m if they want to sign the talented star.