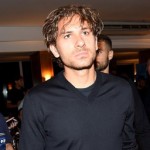 It has been reported that Arsenal face Premier League competition for Torino winger Alessio Cerci.

The Italian international was left out of Toro’s squad for their Europa League qualifier against RNK Split, fueling talk he’s played his last game for the club.

The midfielder’s agents are understood to be in London and met with Arsenal officials yesterday.

However, The Times says the Gunners won’t get a clear run at Cerci, with QPR and Newcastle United also scheduled to meet with his representatives.