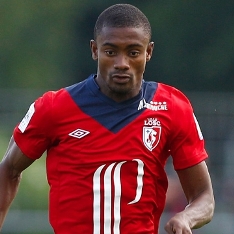 Interesting transfer news are out claiming that QPR are in loan talks for Lille winger Salomon Kalou.

The Mirror revealed that QPR have enquired about taking former Chelsea forward Kalou on loan.

The Ivory Coast star left Stamford Bridge on a Bosman at the end of last season but has scored only two goals in 12 appearances for French side Lille.

It is also said that Premier League giants Arsenal are also interested in signing the former Feyenoord star.