It has been reported that Tottenham are attempting to trump Arsenal for QPR striker Loic Remy. 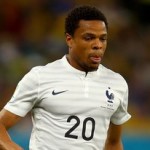 The Sunday Mirror claims that Spurs boss Mauricio Pochettino wants the France striker to lead his attack and chairman Daniel Levy is ready to table an £8million bid to QPR, which will trigger the release clause in the player’s contract.

Arsenal and Arsene Wenger have been leading the way for Remy, but they cannot guarantee the Frenchman will be their first-choice striker – which Spurs would do.

And, with Arsenal’s history of ­dithering in the transfer market, Spurs want to do swift business to snare the 27-year-old, who spent last season on loan at Newcastle United.