Arsene Wenger has admitted that Arsenal failed completely in their 6-0 hammering at the hands of Chelsea on Saturday. 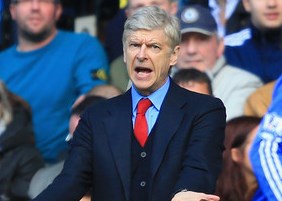 The Gunners were demolished by Jose Mourinho’s Blues at Stamford Bridge in Wenger’s 1000th game in charge of the north London club and the Frenchman was critical of his side in the wash-up of the defeat.

The Frenchman forewent his media commitments ahead of Tuesday night’s meeting with Swansea City but sent out a written statement to the press regarding the disappointing performance in west London on the weekend.

The Gunners dropped to fourth spot on the Premier League table, seven points behind leaders Chelsea, but Wenger was at a loss to explain why they started so poorly against the Blues just as they did in their 5-1 loss at Liverpool last month.

“We have to think deeply about it because it is not the first time it has happened in this kind of game,” Wenger said in his statement.

“It all went wrong and we failed completely on Saturday because we did not turn up with a performance.

“We are intelligent enough and care enough about the club to of course be disappointed.

Regarding the Liverpool defeat, Wenger added: “The common thing was that it was a 12.45 game and twice we were caught at the start.

“There’s no rational explanation other than the quality of our opponents and that we were caught at the start of the game. Why? We don’t really know.”

Arsenal will host Swansea at the Emirates Stadium on Tuesday night as they look to bounce back from their joint-worst defeat in the Premier League era and the third time they have conceded five or more goals this season. Wojciech Szczesny To Make Arsenal Decision After The Euros