Reports are out claiming that Arsenal have made a late move for Borussia Monchengladbach goalkeeper Marc-Andre Ter Stegen. 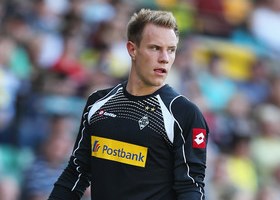 The Daily Star revealed that Arsene Wenger wanted the highly-rated German international at the Emirates to challenge Wojciech Szczesny.

The Gunners have a strong contingent of German stars with Mesut Ozil, Per Mertesacker and Serge Gnabry all starring – but the lure of La Liga has proved too much for Ter Stegen.

It is said that the 21 year old has penned a pre-contract agreement with Barca and will make an £8.5m move at the end of the season.