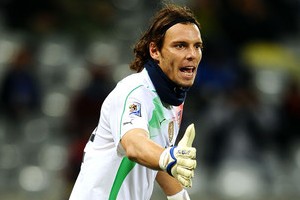 Interesting news are out and it has been reported that Premier League giants Arsenal are tracking Cagliari and Italian international goalkeeper Federico Marchetti.

Italian sources has revealed that Marchetti, who is deputising for the injured Gianluigi Buffon at the World Cup, has attracted interest from both Arsenal and German powerhouse Bayern Munich, which are expected to approach his club side Cagliari over his availability.

Arsenal are understood to be in pole position for Marchetti, who is set to leave Cagliari after the World Cup for a Champions League club.