Reports are out claiming that Arsenal are still believed to be in pole position to sign Fernando Llorente from Juventus. 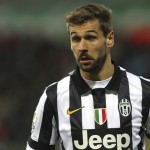 The Spanish international striker recently emerged on the radar of the Gunners who are believed to be chasing a quality centre-forward ahead of the new Premier League campaign.

According to Tuttosport, are the favourites to land 30-year-old Llorente who has surfaced as Manchester United’s mystery strike target.

It is believed that Llorente would cost Arsenal £8.5million but Arsene Wenger has reservations over bringing in a new striker as he sees Theo Walcott as a good option to help Olivier Giroud in a central position.