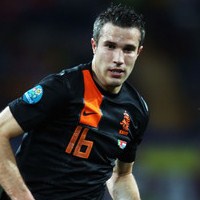 The Daily Express says Arsenal concerns over whether they will be able to keep Van Persie reached boiling point today as Manchester City showed their interest in the striker..

Roberto Mancini has made the Holland international City’s top target after he stalled on a firm decision at Arsenal..

Arsenal offered Van Persie a new three-year-deal worth £130,000 a week plus a £5m fee but he has yet to make a concrete decision on his future..

Manchester City boss Mancini, has taken this as a green light to move in for the striker.