It has been reported that Arsenal fullback Kieran Gibbs is expecting a tough test against Southampton. 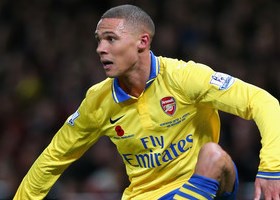 The Saints have the best defensive record in the Premier League this season and the England international fullback is expecting a tough contest.

The 24 year old told arsenal.com : “I have been very impressed with them,”.

“I’ve seen them play a few times now and they’ve played very well in most of their games.

“They have a certain style of play: they like to put pressure on teams, press them high and I think it will make it an exciting game.”