It has been reported that Arsenal manager Arsene Wenger conceded that the Gunners gave away cheap goals against West Ham United in the season opening 2-0 defeat at the Emirates. 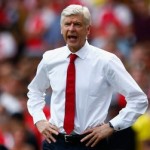 To the surprise of everyone, summer signing goalkeeper Petr Cech was partially responsible for both goals on Sunday, which contributed to a disappointing defeat for the North Londoners.

The French tactician touched upon the gifted goals and lack of self-belief in his squad in the post-match conference: “If you cannot win the game, don’t lose it. I believe we gave away very cheap goals before and after half-time, which made it even more difficult for ourselves.

“The players were not too confident, maybe too nervous, because we didn’t respect the basics of the game in some situations, but I don’t think they too confident.”

Arsenal will travel to Selhurst Park to face Crystal Palace on Sunday.