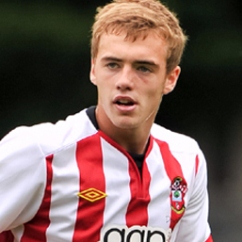 Reports are out claiming that Arsenal are making a new move for Southampton fullback Luke Shaw.

The 17-year-old full-back made his first-team debut in the FA Cup last season and was subject of a £4million offer by Chelsea earlier this summer.

Now Arsene Wenger, who has taken both Theo Walcott and Alex Oxlade-Chamberlain from St Mary’s while they were both still teenagers, is preparing a more lucrative package.

Gunners scouts have watched the defender on numerous occasions, most recently, according to the Daily Mirror, during Sunday’s pre-season friendly defeat to Dutch champions Ajax.

Juan Mata Convinced Of His Place In Jose Mourinho’s Plans