It has been revealed that Terry Burton has been named new technical director at West Bromwich Albion. 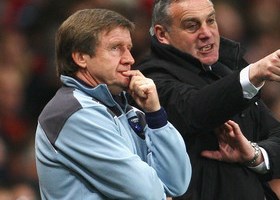 It is said that the 61 year old will leave his current post as Arsenal’s head of youth coaching and officially rejoin the club on June 1.

He spent four months at The Hawthorns as a first-team coach under Roy Hodgson during the 2011-2012 season.

Burton will work alongside Richard Garlick, who has operated as sporting and technical director for the past 14 months and will now continue as director of football administration.

Chairman Jeremy Peace told the club’s website: “It’s great to welcome Terry back to the club. His knowledge and experience of the game is second to none.

“Terry made a lasting impression during his time here two seasons ago and comes highly recommended for his new role.

“Richard has worked tirelessly as sporting and technical director and remains a key member of the board.

“However, with the responsibilities of the position becoming increasingly wide-ranging, we felt it would be wise to split the role.

“The appointment of Terry, who has vast experience of coaching, developing young players and identifying talent, can only strengthen the club.”

Burton said: “I really enjoyed my previous spell at Albion and I’m delighted to be coming back.

“It’s a terrific football club and this is a new, exciting chapter in my career.”