It has been reported that Arsenal hero Martin Keown has taken a swipe at Manchester United boss Louis van Gaal. 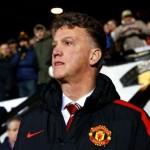 Keown wrote in the Daily Mail: “There were no signs of enjoyment or self-expression in that game and it looks like the players are weary of Van Gaal’s experimenting.

“United enjoyed a good unbeaten stretch but there were never any dominant displays in that run. They ground out results and often looked laboured.

“Can you really say there was much of a difference in the level of performance between the 0-0 last week and the opening-day defeat by Swansea?

“It’s no secret Van Gaal wants to play with a back three but it’s so obviously flawed that even the fans feel compelled to tell him so. When he changed things at QPR, it looked like the penny had dropped. They stuck with a back four against Cambridge but with little success.”