It has been reported that Arsenal hero Martin Keown says Alex Oxlade-Chamberlain needs to be doing more during games. 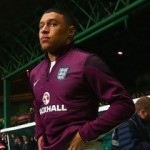 Keown wrote in the Daily Mail: “Alex Oxlade-Chamberlain came in well off the touchline for his goal but his all-round game was not good enough.

“He didn’t work hard enough off the ball and England cannot afford to carry anyone defensively. When Scotland had the ball, Oxlade-Chamberlain too often went into rest mode and Andrew Robertson stole a march on him too many times down the flank.

“He is always a threat going forward but he needs to get into a defensive position much quicker and learn to cut out the ball down the line.

“He was guilty of not doing that for Arsenal against Swansea recently too and that left Calum Chambers far too exposed at right back.

“Oxlade-Chamberlain took his goal very well but there are still areas of his game that need improving.” Leighton Baines Out With Hamstring Injury After Arsenal Draw