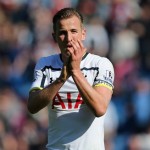 Reports are out claiming that Ray Parlour is confident that Harry Kane will be named the Premier League’s Young Player of the Year.

The Tottenham striker, 21, has 19 Premier League goals to his name this term which will be enough to land him the mantle as the best player under the age of 23 in England’s top flight according to the Arsenal legend.

“My young player of the year is Harry Kane,” Parlour told talkSPORT.

“He’s been superb for Spurs, he’s got his England call-up, which he deserves, and the goals he has scored have been amazing. And his all-round play has been excellent as well.

“He has worked so hard to get to the stage he has, and for any young player out there that’s the sort of attitude you need to have.”