Reports are out claiming that Arsenal hero Nigel Winterburn has revealed Arsene Wenger has been trying to buy a new centre-half. 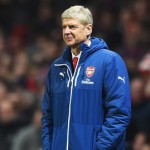 “My understanding is they tried to get in a centre-half in the summer and it didn’t work out,” he told the Daily Express.

“You know Arsene Wenger. He won’t buy for a short-term fix. He is a manager who is all about long-term vision.

“People will be saying again they need to buy a defender in January. If he doesn’t think one is out there, we may have to wait until August.

“Maybe Arsene thought, ‘I’ve got Calum Chambers and we can rotate rather than have a quick fix’. But they’ve picked up injuries to Laurent Koscielny and Mathieu Debuchy and it left them short.

“It was a good performance against Newcastle in the way Arsenal controlled the game. Some of the movement from midfield to the front was very good.”