It has been reported that Arsenal hero Nigel Winterburn feels manager Arsene Wenger needs to spend next month to rescue their season. 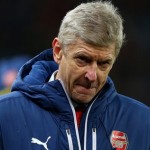 While the French tactician has sometimes been slammed for being set in his ways, particularly when it comes to transfers, Winterburn believes times have changed at the Emirates.

He told talkSPORT: “My take on it is we are in a new period for Arsenal, particularly since the signing of Mesut Ozil.

“It looks as if the club has got some substantial funds now and I think Arsene Wenger needs to look at the situation and decide if he can get reinforcements in.

“The squad is too thin and there are certain areas they know need to be improved if they are going to challenge for the title next season, which Arsene Wenger is telling us is going to happen.

“I’d like to see him in charge simply I because I’d like to see, with the money I believe is now available, whether he will change and look to bring in new players, and it is looking like he will.

“Arsenal have never spent £40milion before like they did with Ozil and £30million like they did on Alexis Sanchez. Now, if he went out and did that on a holding midfield player and maybe another centre-half then people would start to say Arsene Wenger is changing his ways.”