It has been reported that former Arsenal captain Gilberto Silva has taken aim at the problems inside Brazilian football. 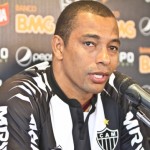 The 2002 World Cup winner believes the Brazilian Football Confederation (CBF) needs to work closer with the government, club sides and ex-professionals to improve football at every level in the country.

“It is hard to say where things went wrong,” he told BBC Radio 5Live’s Sportsweek.

“It is not all about the national team – it is about what is happening in Brazilian football. They way people administrate football and run football in this country, they must work better on coaching schools and academies.

“There is something also with the country’s problems – at some point that is nothing to do with football but at times they come together.

“Everyone expected us to win as a solution for the problems in our country but I hope people pay attention and try to work better to find a solution, that is what I want.”

Gilberto Silva Back In Training With Arsenal