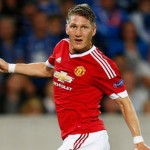 Keown has hailed Manchester United’s signing of Schweinsteiger and suggested he could be the club’s best signing of the summer.

“I think Bastian Schweinsteiger was magnificent for Germany against Scotland and could have a big impact,” he wrote in the Daily Mail.

“He is already a top player and could turn out to be a fantastic signing for United. He has a real hallmark of quality about him and can run games from midfield.

“He may not be a long-term solution but he could be a top signing.”