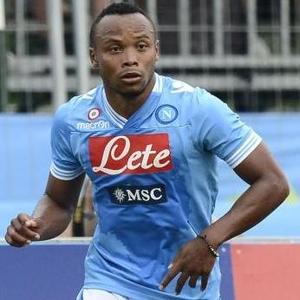 Arsenal are talking with Napoli over midfielder Juan Camilo Zuniga, according to Tutto Mercato.

The Gunners are ready to splash the cash during the current transfer window and manager Arsene Wenger has promised fans he will strengthen the side.

And a move for Colombian international Zuniga to the Emirates Stadium could well be on the agenda.

To this end, the Gunners have been speaking with the 27-year-old’s current club Napoli about coming to an agreement for Zuniga – though the Azzurri are typically tough negotiators and will want to drive a hard bargain.

Zuniga’s contract at the San Paulo expires in 2014 and, were he not to pen a new contract, he would have just one year left to run by the summer.

Napoli may therefore conclude that this is the moment of maximum return for the midfielder.